I actually have pretty intense feelings regarding love triangles. Intense, as you know by the title, in a bad way. I don't like to write them. If I read them, then there's a list of things that I like to have checked off. I'm picky. Very. (In fact, I should probably chill a little bit).

Before I begin the bashing, I should say that in a cute, fluffy contemporary, I don't mind love triangles. If that's the focus of the book and the MC is growing and finding who she is as a result of it, then I don't mind it at all. It's just that I think there are way too many love triangles out there that don't really have a reason to exist.

Since many of my reviews/posts include little hints at how much I don't like them, here's a list of why:

It should be noted that I am referring to YA.


I'm not a big fan of the The Hunger Games, but I do appreciate the love triangle. Katniss handles it well. She realizes that she does not need either guy to survive and that she is completely fine on her own. She puts love aside at the moment, because she's literally the symbol that started a war.

Of course, it's different if it's a fantasy novel or a contemporary novel. However, I think that regardless of the book, if there is a war/fight/greater evil in a book then that should be the focus.

All this aside, I do understand why love triangles are so popular. A lot of people like them. God knows the media loves them. What is more suitable to focus on in a book series than the love triangle?

Three teens venture into the abandoned Monroe estate one night; hours later, only two emerge from the burning wreckage. Chloe drags one Reznick brother to safety, unconscious and bleeding; the other is left to burn, dead in the fire. But which brother survives? And is his death a tragic accident? Desperate self-defense? Or murder?Chloe is the only one with the answers. As the fire rages, and police and parents demand the truth, she struggles to piece together the story of how they got there-a story of jealousy, twisted passion, and the darkness that lurks behind even the most beautiful of faces…

Before we start, I'm just gonna say that I didn't like this as much as Dangerous Girls. I'm not really sure why, even. Maybe it was just that Chloe was a tad less psychotic than I wanted at first, or the action/suspense didn't really start for me until halfway through. I'm gonna try to have absolutely zero spoilers, but a few teenie ones might slip through.

There is insta-love, which I loathe in books and believe very few can actually pull off. (I like a slow burn). Even more than I hate insta-love, I hate love triangles where the girl knows she likes the other guy more, yet stays with the sweet, oblivious one. Both happened, although I'm not really sure it could be called insta-love for the following reasons.


The "Love" Triangle
The apostrophes are there as reminders that there isn't really any love in this book. Just a lot of manipulation and obsession.

Was he a little clingy? Yeah, a little. Was it unbearable? No. She's his girlfriend. He wanted to spend time with her. In my opinion, he was adorable. Sweet. Innocent. (And yeah, completely oblivious). Everything that Oliver, his older brother, was not.

Oliver was the "bad boy" of the love triangle, but really it runs a lot deeper than that. He's not just moody and snarky. He's evil. He's possessive and violent, but more than anything he's manipulative.

Oliver didn't make Chloe happy. He made her thrilled. The rush of adrenaline you get, the way you're suddenly aware of everything touching you, of the air rushing into your lungs, of your stomach in your throat and your heart pounding so hard you can feel it-- that is what Oliver made Chloe feel like. Like when you ride a roller coaster and it's about to drop. That crazy feeling of being wild and free and terrified at the same time. From the very moment she lays eyes on him, from the very first words he says to her, she feels like he knows the deepest, darkest parts of herself that even she is too afraid to get to know. She isn't wrong.

Chloe herself is rather hard to describe. At the beginning of the book (or rather, before things start to happen) Chloe is sweet and hardworking. That isn't to say she isn't angry. She just keeps it covered. She cares for her depressed mother while trying to get ready for college while keeping her job. Yeah. She's got a lot on her plate. What is different about this book other than Dangerous Girls (amongst a whole lot of other things) is that there is no questioning what happened. You know. While I did like that, I feel like it took away some of the dawning horror that I felt in DG.

This book (in fact, so is Dangerous Girls) is very character-based. I feel like the author's main intention was making the characters as layered and incredible as possible. She succeeded.

Another thing that I really dig about Dangerous Girls and Dangerous Boys is telling the ending before telling anything else. It does keep me reading, even if I get a little bit bored or lost. Serious props to Abigail Haas.

Also, THE ENDING. Was it just me, or was the last bit of the book by far the best? I was feeling quite bad because I was going to rate this book quite poorly, but then the ending came and whacked me in the face. I have nothing but love for the reveal. And the last couple of lines. GAH. *flails aggressively* 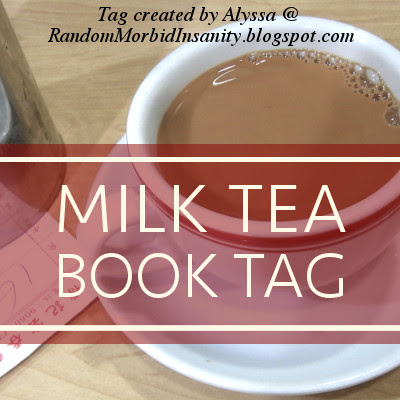 Aimee@To the Barricade! tagged me aaages ago and I feel really bad for not doing it for so long but TA-DA!! I finally got my life together enough so that I can do a blog post. Thanks for tagging me, Aimee!

Tea: the foundation of your reading life.

The Phantom Stallion series is probably what got me into reading. I used to be obsessed with horses and read nearly every children's series that had horses in them. However, this is the only one that I finished and liked for more reasons than oooh, horses. (Jake and Sam for life, man. OTP). I own almost the complete series and I'm still upset that I'm missing a few. *grabby hands* 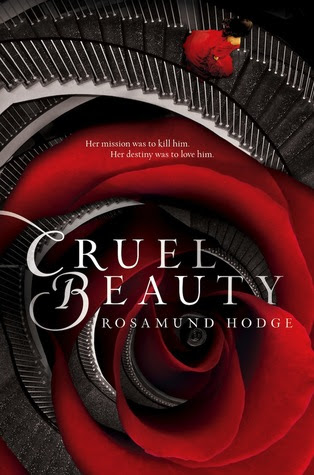 Sugar: A book you love but is controversial

I wouldn't say I loved "To Kill a Mockingbird", but I did appreciate the message and the way it was delivered. I don't think I've actually read many controversial books, actually.

Ice: A book just for fun

Hex Hall is, in my opinion, an awesome lighthearted, snarky series. That's not to say it doesn't have faults-- it's got a whole lot of cliches. In fact, you can probably guess exactly what's going to happen. But that's why it's for fun! No stress, no flipping between the last few pages going WHAT DID I MISS (*cough* Dangerous Girls *cough*).

Silk stocking: A book that's much better than it sounds

Answering this would be a lot easier if it was A book that's much worse than it sounds. (Because it's very easy for me to view things negatively).

Did I love Twilight? No. But it wasn't awful! And I went in fully expecting it to be the worst thing to ever exist. It changed my mind. There are many worse books. The book was great, in my opinion. The movie is not. So if you watched the movie, thought, "Well, that was awful," and decided never to read the book-- please change your mind.

Not only does everyone who has heard of Twilight think it's horrible and cliche and ridiculous, they refuse to give it a chance. Don't be that guy.

Yinyang: A book with foreign influence

I'M SO HAPPY I HAVE AN ANSWER FOR THIS ONE. Shadow and Bone was influenced by Russian culture and it is quite wonderful. I'm just a teensy bit sad about this series because my ship is dead.

And yet again, I have no idea who to tag.

Selena, sister dearest, you are once again my go-to. You have 24 hours to accept the mission. This message will self-destruct. *Mission Impossible theme plays*

Anyone else who wants to join in, go ahead! Leave a link in the comments and I'll check your post out.
Posted by Unknown at 6:53 AM 2 comments: