Things I Loved:
Things I Thought Could be Better:
I guess the short answer for Things I Thought Could be Better is Rose. I had heard so much about how she was so awesome, that I guess my expectations were a bit high. But that doesn't change how I feel about her. Things I usually like in a protagonist (for example: rebellious-ness, sarcasm, attitude, and loyalty) was so maxed that it got irritating. Rose broke rules for the heck of it. She sassed out anyone that dared get too close.

The short answer for Things I Loved is the world that the author created. Magic? Elemental magic? Yes, please. Two kinds of vampires? At war with each other? Loving it.

The world was great. The characters could've been better.

Posted by Unknown at 1:30 PM No comments:

Things I Loved:
Things I Thought Could be Better:
Rated: 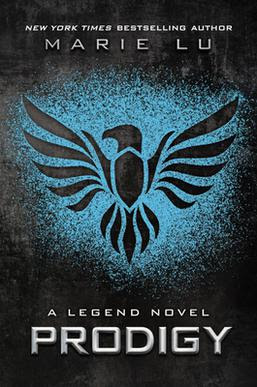 Hug All the Books

I went to the library yesterday for the first time in forever. Recently it's acquired a lot of new, popular books, opposed to when it had almost none. I nearly had a stroke when I saw some of them.

I have a month to read all of these-- I've already read Legend, and I started Vampire Academy. I'm not sure which one I'll tackle next, but I'm leaning towards The Runaway King, since I read the first book in the trilogy and loved it.

I almost borrowed An Abundance of Katherines by John Green and Eleanor & Park by Rainbow Rowell, but the librarians were already eyeing my stack with muted surprise, so I figured I'd leave them for next time. (My sister borrowed more than I did and actually got a comment from another person there. It resulted in awkward laughing for her part.) 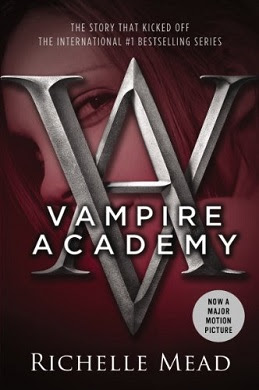 I recently joined my dear sister Skylar over at Life of a Random in a GIF war, which ended with both of us in severe need of therapy after we learned more about ourselves. (here is the link to our incredibly interesting and amusing war. also, Skylar is an idiot)

She also did a review of The Raven Boys. We're supposed to be doing a vlog discussing our extreme love for the book.

Here is the adventure that was me reading The Raven Boys by Maggie Stiefvater.

I have recently read a few books that left me stunned and hungover and wandering around in a stupor. Two of them are The Raven Boys by Maggie Steifvater and Fire & Flood by Victoria Scott.

I bought my sister The Raven Boys because she had been aching to read it for forever. She read it, rated it 5 stars on Goodreads, and then violently forced me to do the same.

I grudgingly accepted, making multiple noises of anger and rebellion as I went. The first day, I read 48 pages. She was disappointed. She was mad. She yelled at me about how much I would love it if I read it to the end.

I thought: Well, yeah. I'll love it because you'll stop yelling at me about it.

I read a few more pages that night, then stopped because I was in serious danger of being grounded if my mom found me curled up reading at such a late hour.

I finished it the next day.

I laughed. I cried. I felt like hurling the book out my window and then going outside to beat it with a stick, then stomp on it for good measure.

But then, see, if I had, my sister would've beaten me with a stick and stomp on me for good measure.

I refused to give the book back to her when I was done reading it. She laughed, tossed her hair, probably thinking something along the lines of I'm fabulous and walked away. "I told you," she said.

We have a very loving relationship.

But that's not the point. The point is, that this book ripped out my heart and dangled it in front of my face cackling.

The characters broke my heart. Ronan. Gansey. Noah. Adam. NOAH. Noah danced around with my heart and flung it over the edge of a cliff, blowing kisses as he went.

The suspense. The hints. The trails. The mythology. The everything. Let me tell you this: It's not everyday I rate a book 5 stars. I'm an incredibly negative person with an even more negative outlook on life. I judge harshly. And yet The Raven Boys is a big fat 5 stars. If I could give it one billion I would.

It made me laugh, it made me cry, and it made me mentally hug all the characters. (Except the bad ones. Seriously. Doom on you for hurting my babies.)

(Pardon the weird title. I'm running low on ideas. Also, it's symbolizing the mixed randomness that is this post.)

I joined my first-ever 1000 word contest over at Go Teen Writers around mid-March and got my feedback April 1. I was terrified. The 1000 words I'd sent in were rush-edited and my second time writing the opening scene for my book. What if it was bad too? What if it was nightmarishly horrible and reading it was a traumatizing experience? What if they read it and just went

Bracing myself, I clicked on the e-mail.

And IT DIDN'T SUCK.

It was actually really nice (read: EXTREMELY AWESOME). Apparently my descriptions are really good. As are my cliffhangers. Then again, I ended with a person holding a gun to another person's head so...

I also read the last two books in the Trylle trilogy by Amanda Hocking. I read and reviewed Switched (the first book) a while back. It was pretty good-- a 3.5 but I'm super strict on ratings, just ask my sister-- so I decided to buy them when I spotted them at the bookstore I go to. I had pretty much the exact same problems with it that I had with Switched. I felt like the focus wasn't in the right area. The romance was too rushed. The main character, Wendy, didn't really think things all the way through.

Her blind love was exactly that. Blind. Wendy didn't care if it would endanger her or endanger someone she cared significantly less about. She would do it because she wanted to be with that person. She would deliberately go against everything he would tell her. It was infuriating to me. She's going to be the queen. She should buckle down and focus on improving her powers and learning more about her kingdom and how to rule it.

I had a few more problems with it but those include spoilers.

At this point, this review probably sounds like a severe book bashing. And I'm sorry. I tried to like it! I really wanted to! But the issues from Switched just grew in Torn and Ascend.

On a different note, I recently watched Frozen again-- this time with my whole family. It looks a lot better on the TV screen then on my computer. I was watching everyone very carefully the whole time. Not obvious at all.

Well, that's all for today.

Posted by Unknown at 7:55 AM No comments: